What do you want the most in your life?

The story is set once upon a time in Africa. After a very long, physically and emotionally tiring local bus journey. And after an unfortunate encounter with Nazgul like donkeys…(the story for the next time), that frightened me like I was never frightened before in my life. I was sitting with Maasai hunters near the fire in the middle of Maasai steppe, lost somewhere in Tanzania. Maasais were telling their hunting stories and drinking their local drink. Which I believe was very fortunate because nothing else would have calmed my lion loving soul more than few gulps of that unforgivable drink.
That was the exact place where I have met a gorgeous german lady. I have heard about her before. The night I have traveled to the village, Maasai have told me that there is another white lady somewhere nearby. She was married to a Maasai warrior. Which in itself promised to be a good story, because, in order to be allowed to have this marriage, she had to buy a considerable amount of cows for the village. I knew she wanted to meet me because visitors from Europe were pretty rare in that part of the world. And I was excited to meet her.

I heard a motorbike coming in the dark. Somehow I have always imagined that I will see an elderly plump lady who moved here because she found someone young to love her… Imagine my surprise when I saw a young attractive blond girl. She sat next to me and we instantly became friends. I complained about how incredibly itchy the bed bug bites were, she consoled me that she also suffered from them. We talked about the village life, joys of civilization (I confess, I was craving for it at that point), about her everyday life, about how she met her husband. She told me that he was very wise and kind. I have to admit that in my mind I was shaking my head. Really? How smart a simple Maasai soldier can be?! (only later I came to realize how unforgivably stereotypically wrong I was). All this time, I had only one question for her in mind – “Why?” Why would a girl like her choose to spend her life in this hole? I mean, it’s kind of romantic for a few days. And it is a good adventure. Few days without electricity, running water, sleeping with few scorpions in your room and cleaning yourself in a bucket…Don’t get me wrong, I loved the adventure. But she has chosen to live all her life like this.
At some point, I have mastered my courage and asked her the question – why? The answer was unexpectedly simple: “Everything depends on what you want from life.”

I often ask myself this question. What do I want from life? I think everyone does.
Some of my desires come true instantly. Only the puff and it’s there 🙂 Sometimes the speed of fulfillment even scares me…
Other wishes do not change for several years, maybe even decades… It seems that they are manifesting in the speed of the tortoise. It often seems that the efforts I put in it are too much. Or even turns out to be worthless. Sometimes I get to think that desiring something to long might become a prison for your own mind. After all, life shapes you. Your desires and goals determine who you are going to be next. Focus and effort. Give some things up to attain your goal. Often you concentrate so much on that goal, that you fail to notice life happening around you. The days go by trying. Small joys are forgotten and it seems that you are running in circles…
But then something happens. The slightest detail turns everything upside down and suddenly you realize that you just got what you needed. Not necessarily what you wanted, but precisely what you needed.

Little did I know how wrong I was about the intelligence of a simple Maasai warrior. If he was able to grasp how extraordinary and amazing that woman was… To move from the comfort of a European home to the hut with bed bugs and scorpions…He must have been the wisest man in the whole universe to grasp the miracle of this girl. Because weird and amazing people like her, with strange desires and powerful need for fulfillment, are very rare. And if you find one on your path, you need to cherish and preserve him/her. 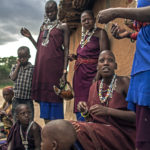 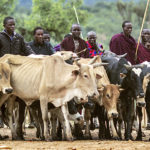 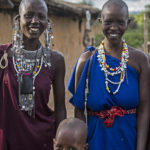 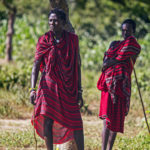 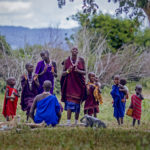 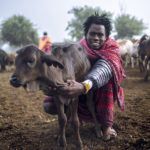 Want to see more of me?